Home All Courses The EU itself EU POLITICAL SYSTEM Units Unit 1. The EU as a political system

STEP 2. The EU as a ‘political system’

In order to understand the EU as a ‘political system’ we first need to clarify what we mean by ‘political’ and by ‘system’.

These three elements interact and make a common system in the sense that citizens (polity) generate some inputs in terms of political demands; political actors and authorities (politics) select and process these inputs and transform them into political decisions, thereby producing outputs and policies (policy). Citizens then provide feedback on these policy decisions and this feedback in turn contributes to shape new inputs.

To give you a snapshot of this interaction, look at the figure below. 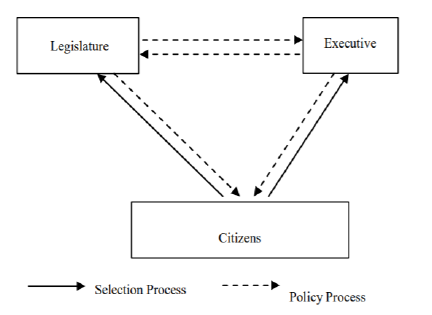